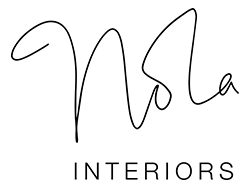 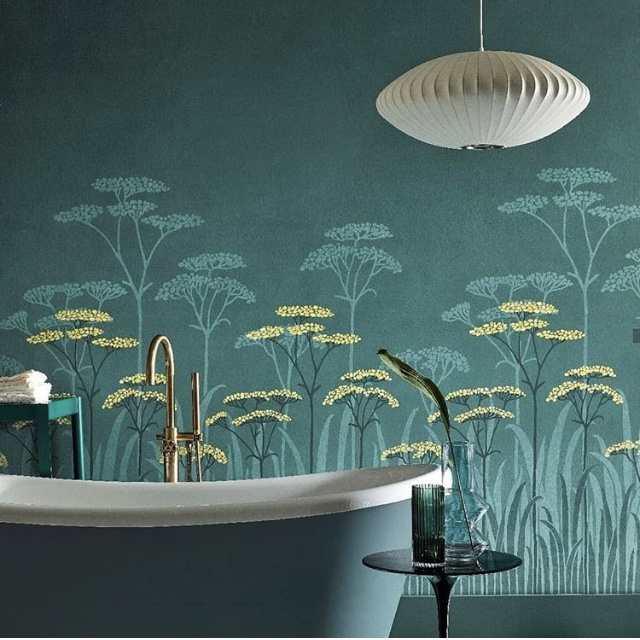 Little Greene wallpapers are a beautiful complement to the extensive paint palette, with each design and colourway  having recommended paint shades to complement an overall room scheme.

In association with The National Trust and English Heritage, Little Greene has a vast and inspiring range of wallpapers dating back to the 18th Century using archive patterns and designs.

Below is a selection of designs and colourways from each wallpaper collection. Above image is Achillea Aurora. Please call for information and samples.

This eclectic collection of wallpapers is based on original designs from the National Trust’s property portfolio, representing 200 years of timeless pattern from the early 18th to the early 20th century. This new collection comprises 40 colour ways over seven designs, recreated from originals in National Trust properties nationwide, including papers still adorning ancient walls, fragments conserved in archive drawers and even preserved rolls found in an attic. 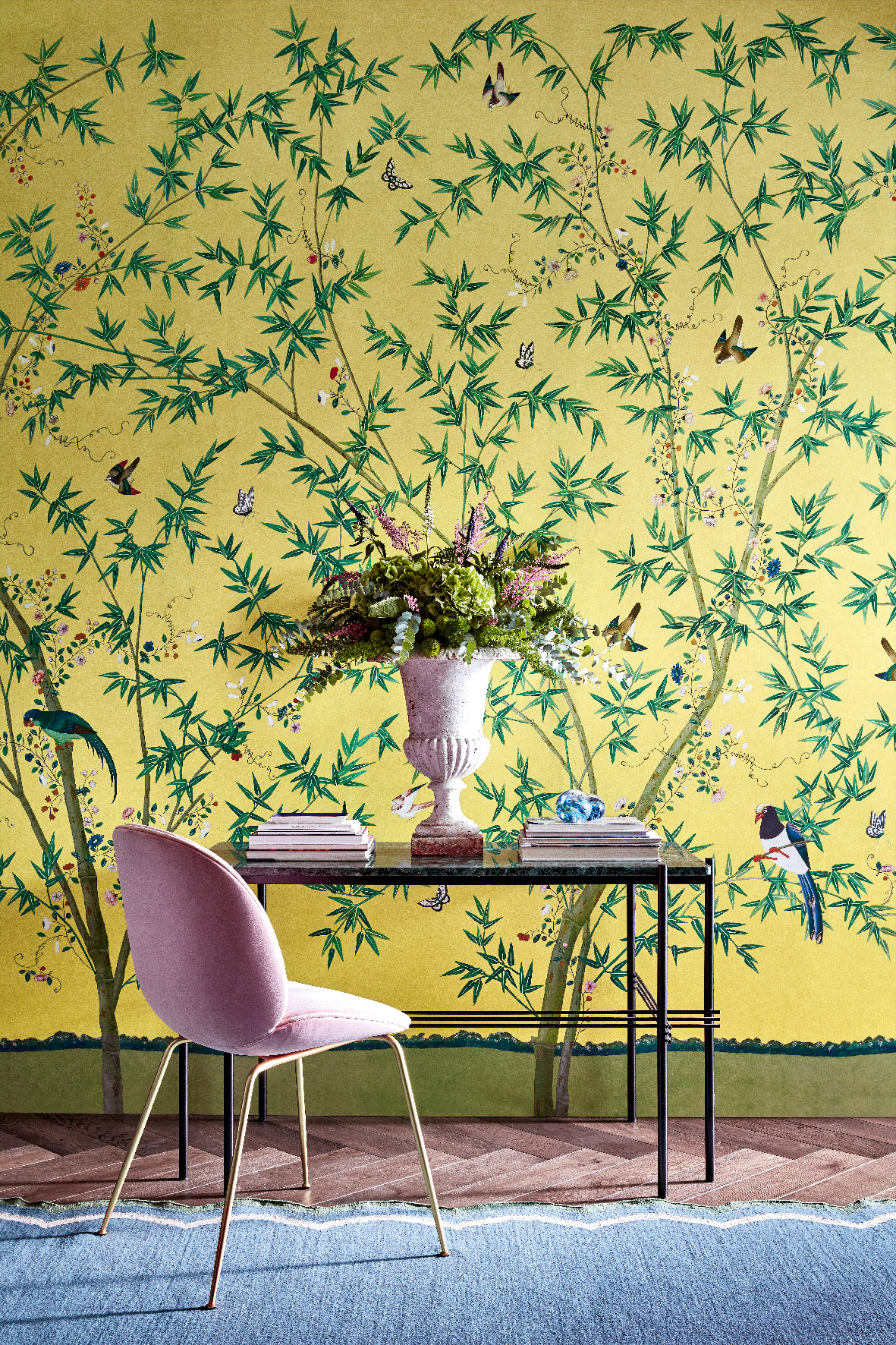 This original design can be seen in the Chinese bedroom at Belton House in Lincolnshire. A garden party scene, depicted in a combination of printed and hand painted elements, dates from 1785 but is known to have been hung 50 years later in 1840. The original complicated layout has been simplified to give space to the  spreading bamboo and the charming interaction of birds, butterflies and flowers. The horizontal pattern repeats over two standard rolls, making the final panel just over three metres in width. 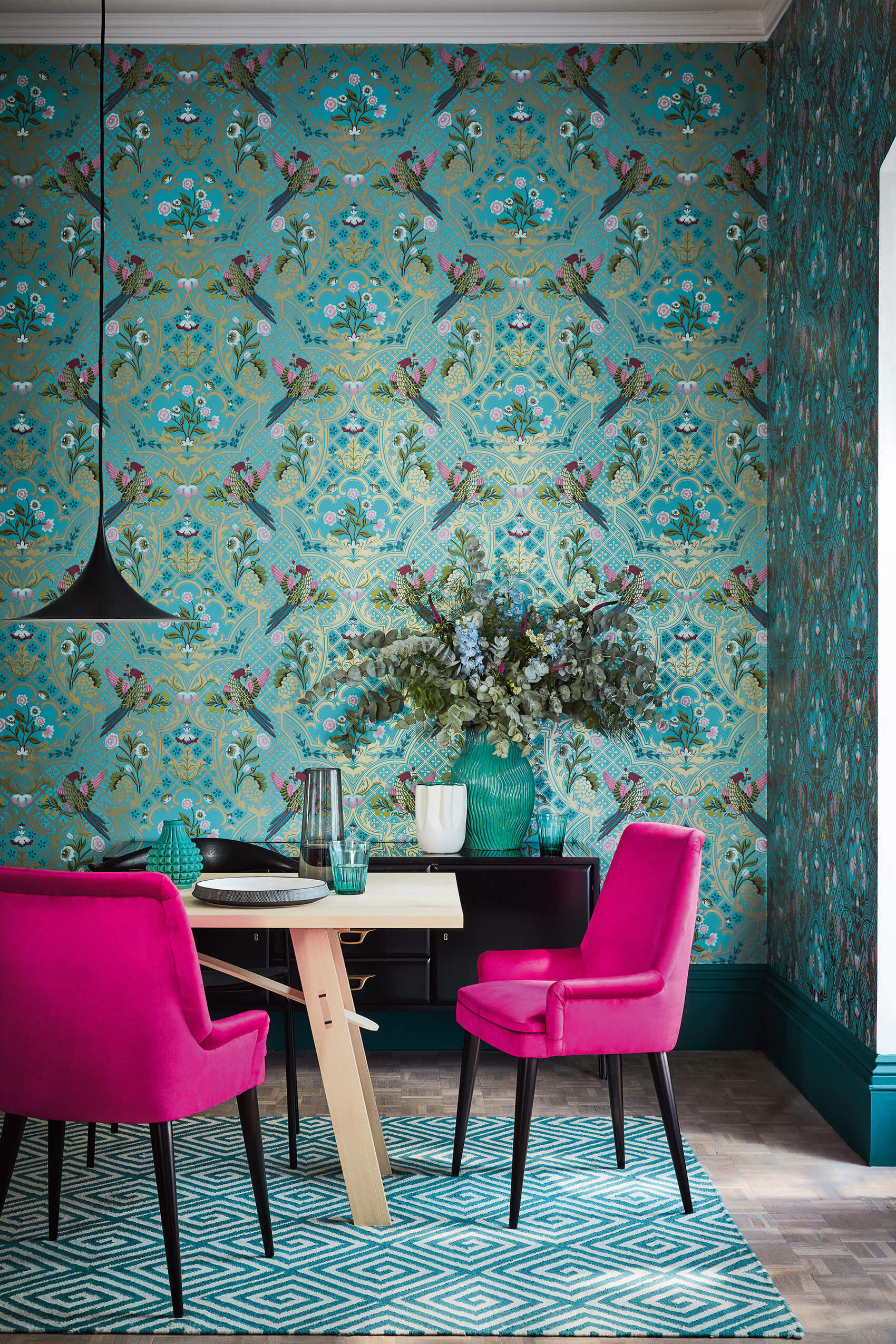 Brodsworth is a lively and engaging design featuring striking birds and delicate floral motifs. Based on early 18th century French textiles and furnishings, encompassing panels, scrolls and cross hatching, this wallpaper was found at Brodsworth Hall in South Yorkshire. An elegant, Victorian home, built between 1861-1863, privately owned and inhabited until 1990, now conserved by English Heritage. 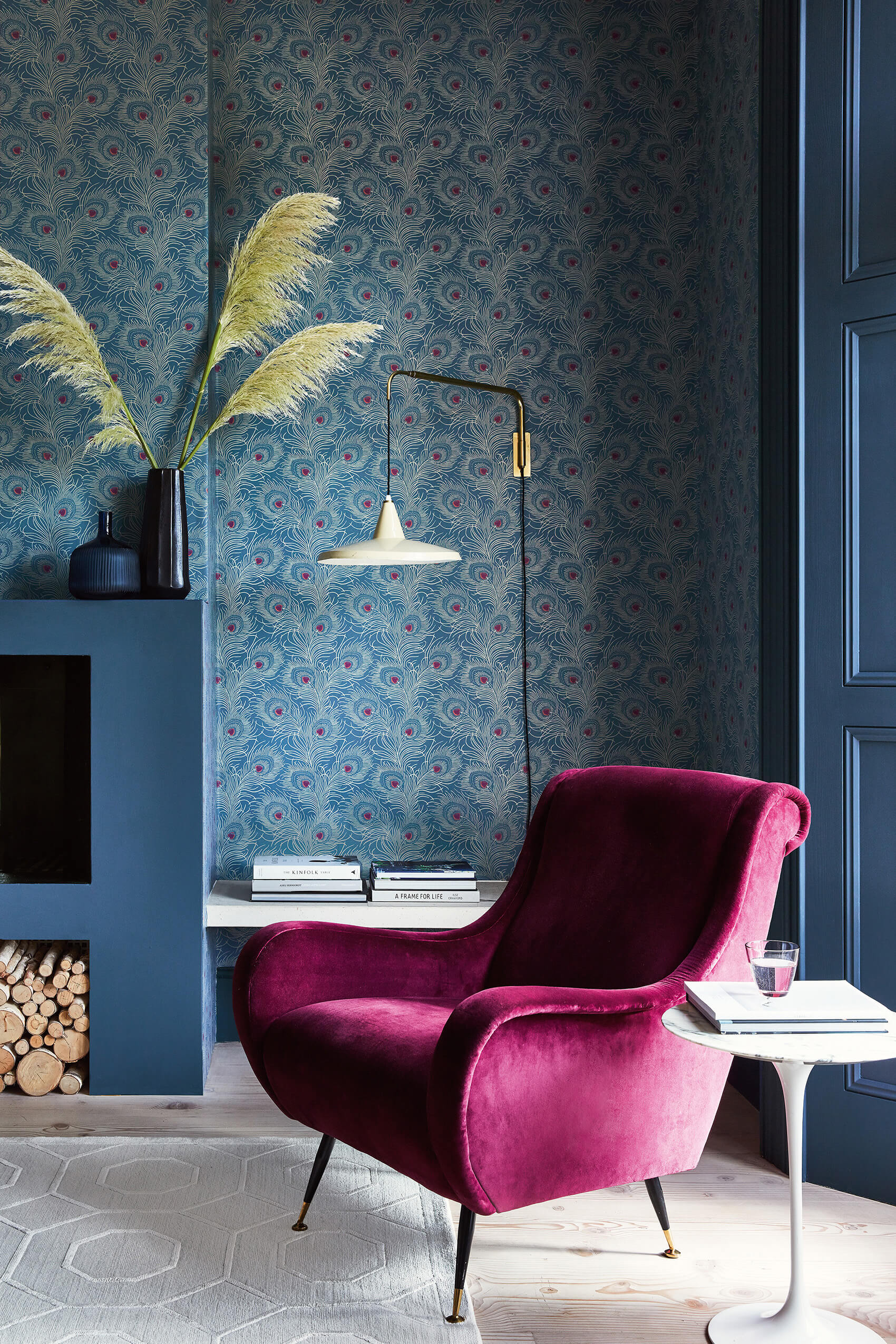 A flamboyant peacock feather design, this wallpaper was found in the attics of 18 Carlton House Terrace, a beautiful, stucco-faced London Town house overlooking The Mall. 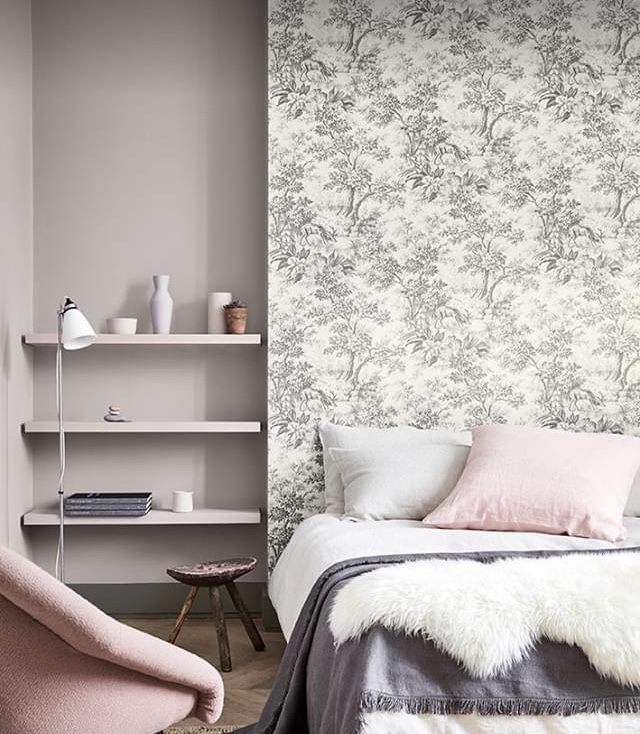 Stag Toile is a single colour print of a woodland stag taken from an original 19th century English linen. Use this delicate patterned wallpaper in a modern setting to create a pretty, feminine room…. add soft grey paint and highlight with blush pink accents. 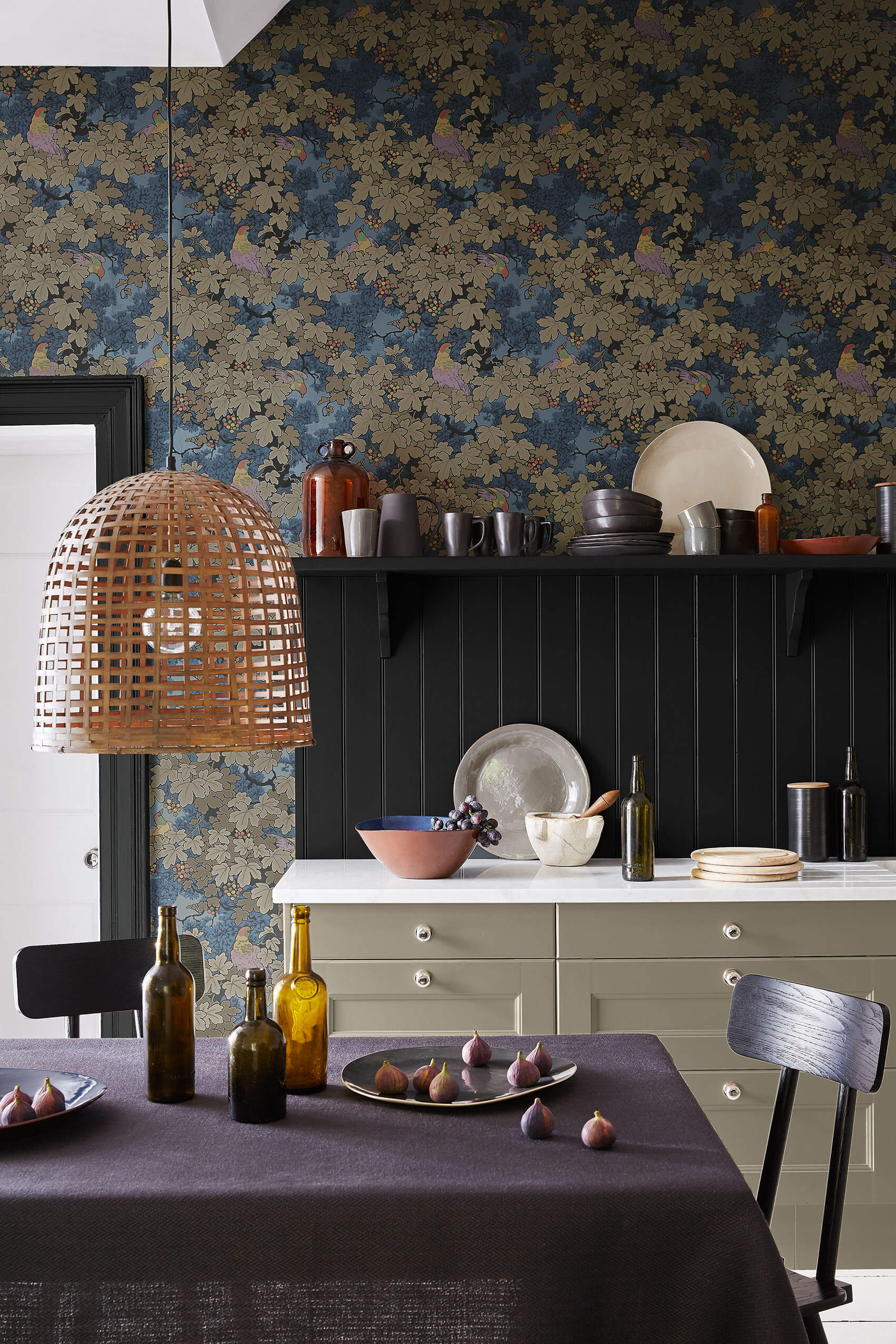 ‘Vine’ is a very attractive pattern taken from the archive at the Whitworth Art Gallery and having taken inspiration from the classic William Morris, 19th century Arts and Crafts movement, an authentic print technique has been employed to reproduce this contemporary version. The blue colourway is very close to the original background colour of the surviving fragment, despite its poor condition. 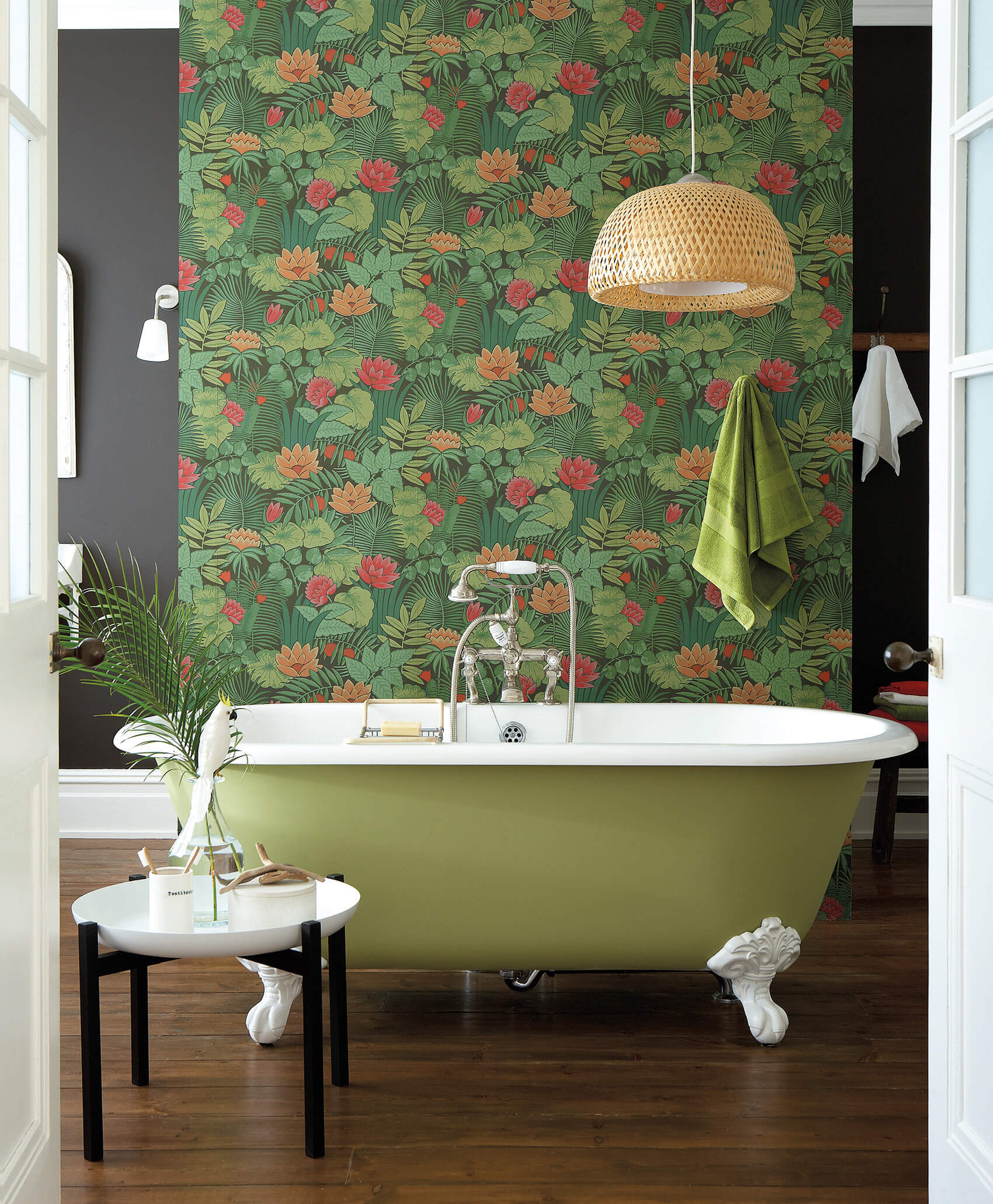 Reverie is a classic example of a late 20th century wallpaper pattern that was inspired by the visual language of a previous generation. In this design, you can see elements of Henri Rousseau’s 1910 painting ‘The Dream’. 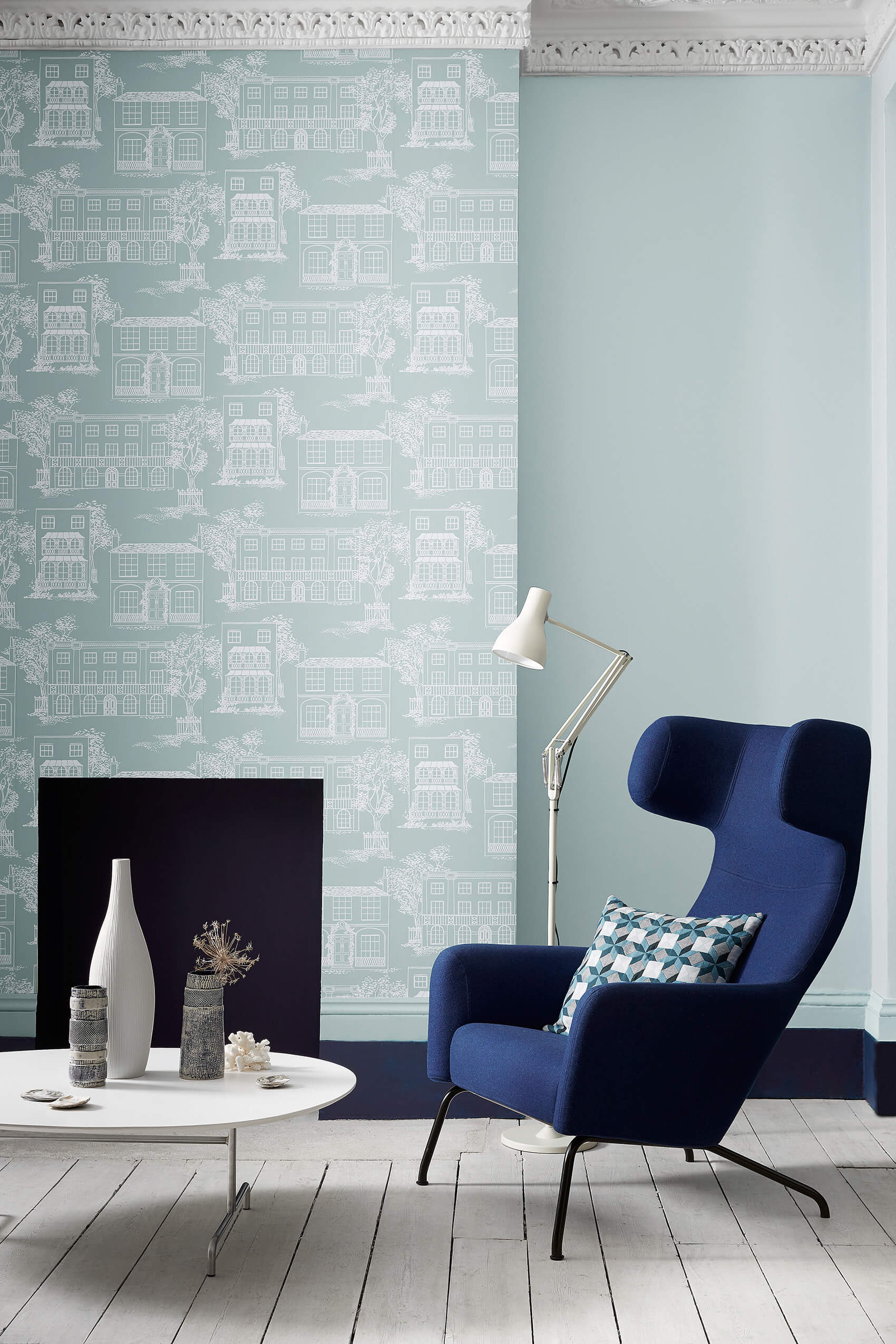 Hampstead offers a smart but relaxed style to any room and looks elegant against the wall in Celestial Blue. All the line detail has been accurately retained from the hand printed ‘Apsley Collection’ by John Line & Sons, and is attributed to designer Els Calvetti. 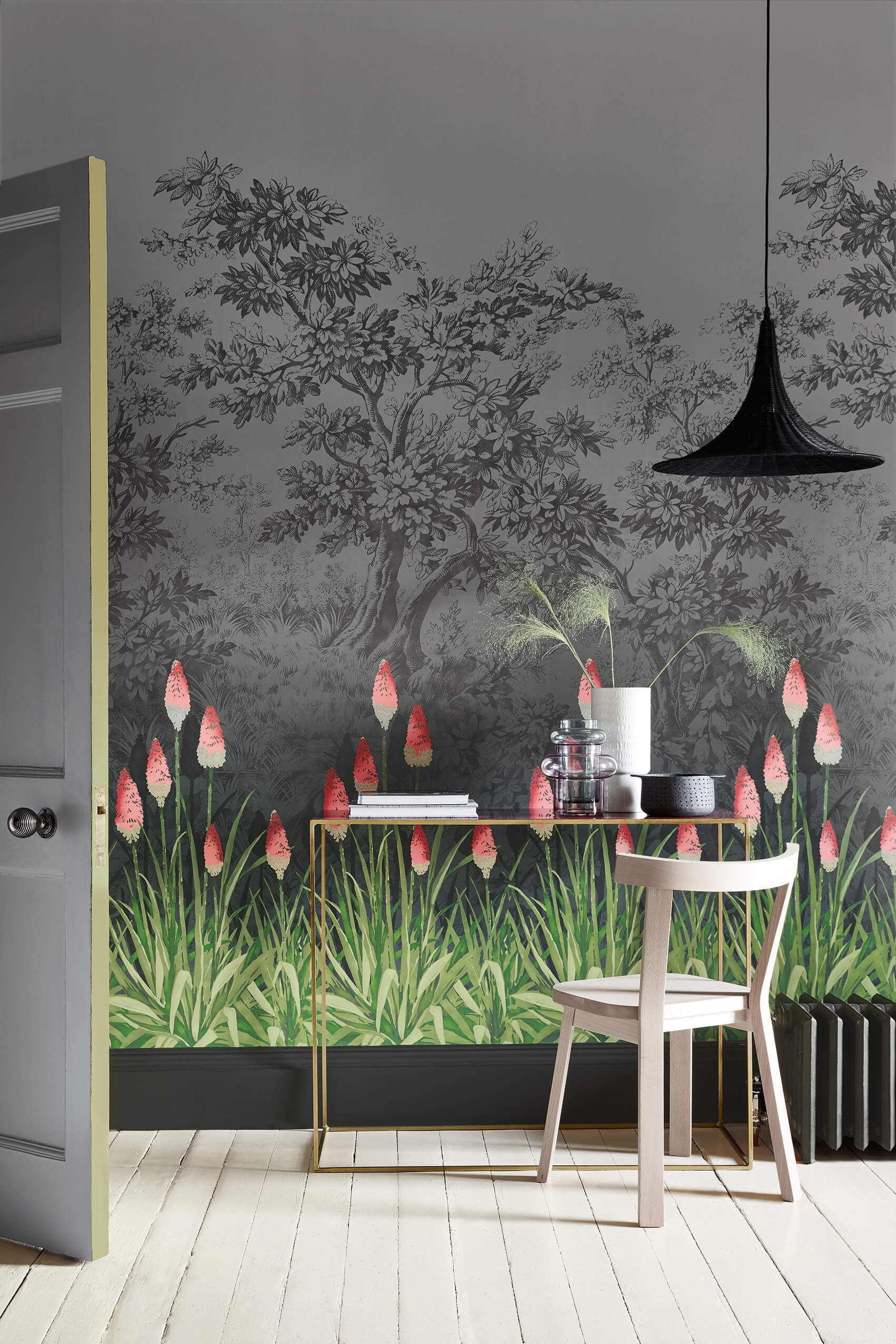 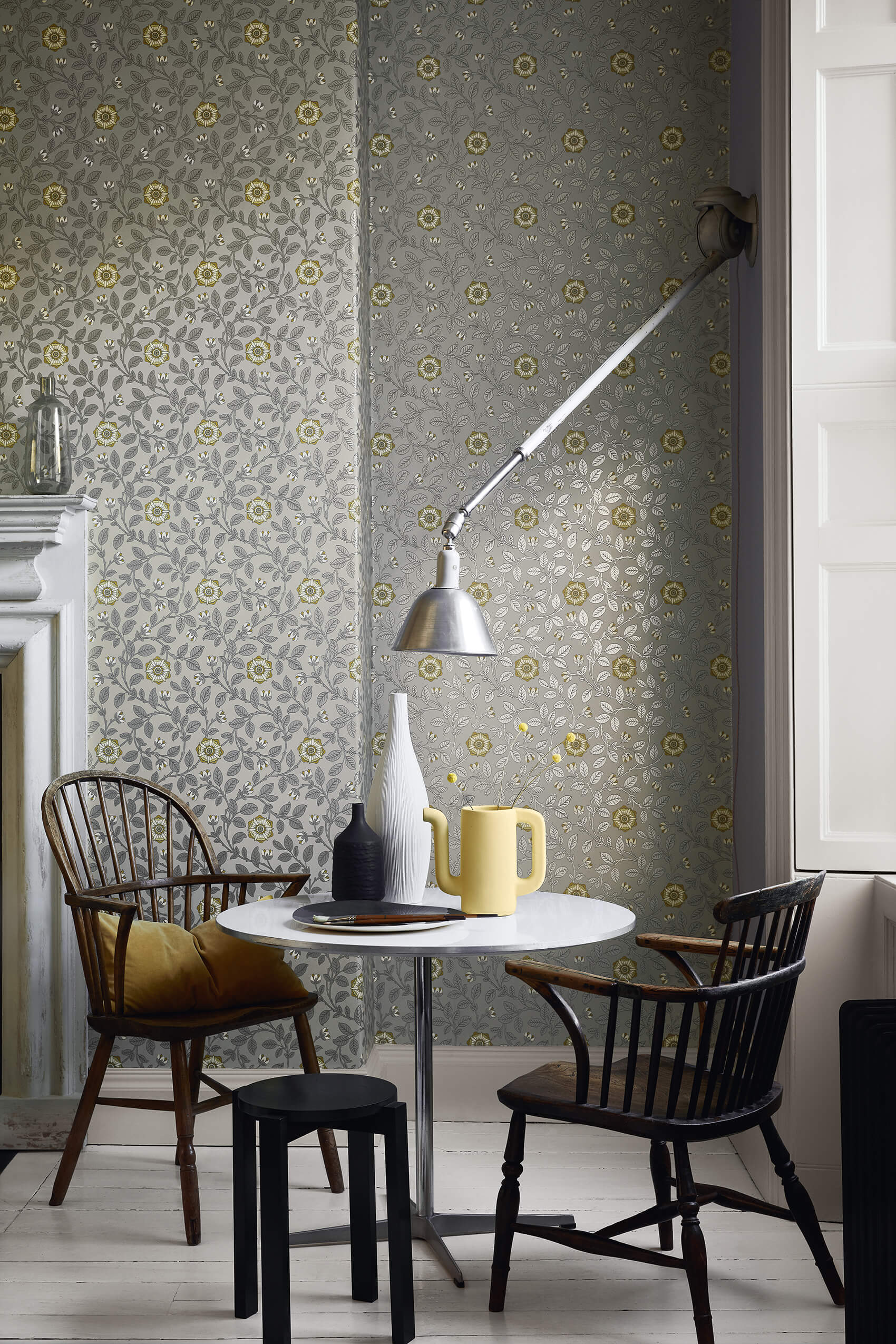 Richmond Green is a classic paper depicting a delicate Tudor rose, typical of the many designs produced in the style of William Morris in the late 19th century.  Little Greene has printed this design in two authentic Arts and Crafts colourways, three classic colourways and a modern metallic.